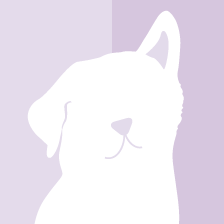 If you don't want your pet anymore - bring it here

They lost our cat in 2011 and said bloody nothing, for 19 days. We had to arrive - with a cage to collect the cat- only then to find out it wasn't there. Perth newspapers and others published it as we took a strong action on trying to find Moo - our pretty quiet cat, whose 'escape' was hidden for 19 days - a time at which there were bushfires raging and such high temps for WA. Roellen have never apologised. Nor did they pay the reward for when we privately put forward a payment for his finding. Nor did they once say what they did. And - bring it on ---it's all legal and worthy of a court discussion on my end and my families because this isn't slander. It's fact. They took my daughter's cat into care; under contract there was an agreement about that care; they apparently lost the cat (through a 2 door barrier) and didn't say a darn thing until my daughter turned up 19 days later - after Xmas in Brisbane...and then they say, it's gone. Right. And if you Roellen are reading this - because someone deleted the other statements - this isn't anything other than fact, and we engaged with all the people in your area including Vet hospitals, veterinarians, university hospitals, industry press, local animal carers, local business ---everyone in a google earth distance. You failed and lied to us and admitted it. If you read this and press charges - bring it, because I have it all documented Check out the newspress for that date in time - they ran an article stating the same thing..
own this business? Reply